Recently I tested Akumulil on the m3.2xlarge EC2 instance. Write throughput was around 4.5 million elements/second. This number might look unrealistic at first but in fact, that’s less than 20MB/s of disk write throughput because each data point is tiny (less than five bytes in that particular case) and all data is compressed in real time.

During the test run, each m3.xlarge instance had been sending data in parallel using 8 threads (32 threads total). All this data was written to disk in parallel on the c3.8xlarge instance. This is how everything looked in htop: 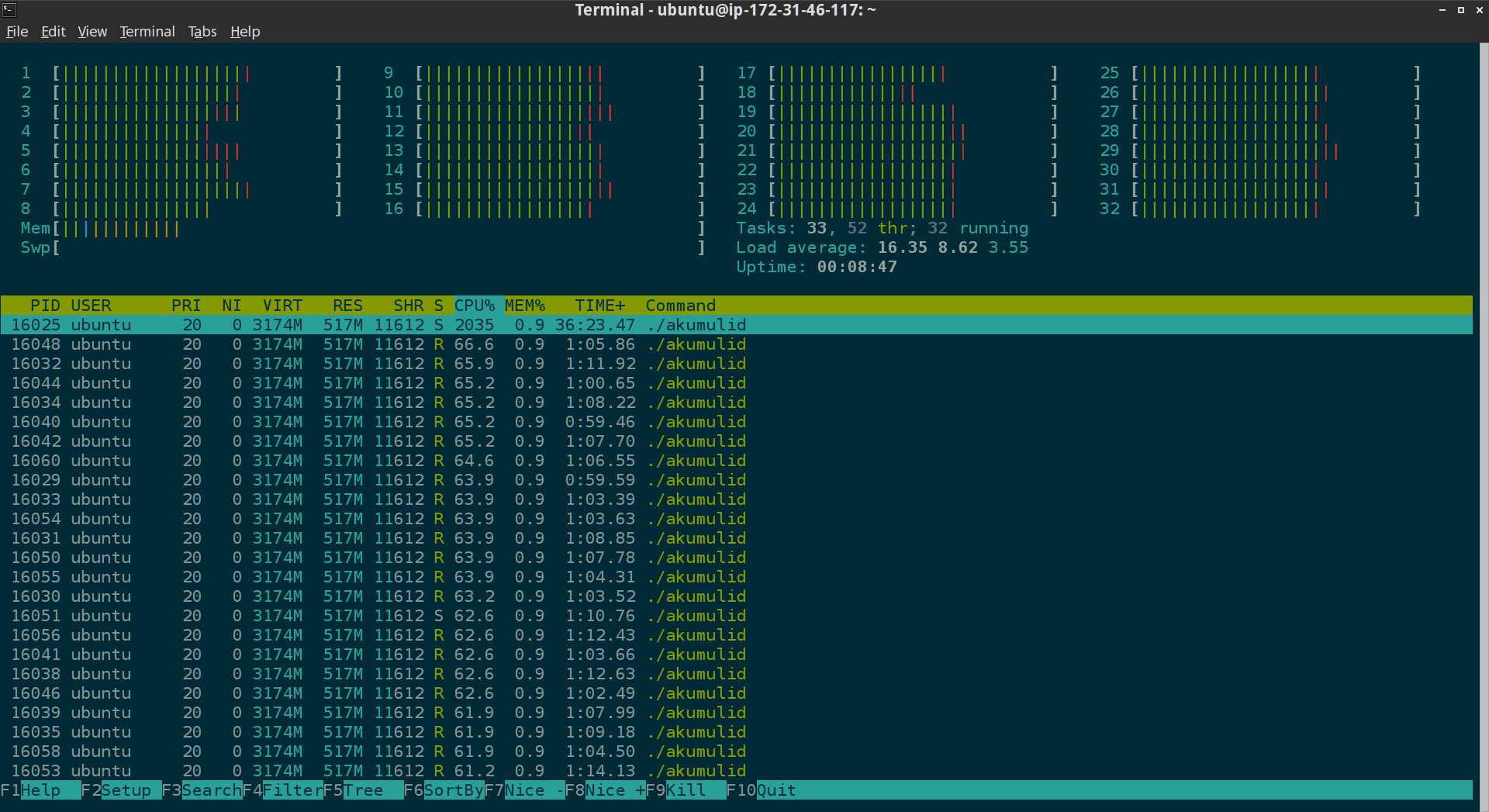 The dataset contained 2764832000 data points in 32000 series. All nodes finished sending data in less than 3 minutes and write throughput was above 16 million elements/second. Resulting database size was 11GB. SSD drive was underutilized, it can write far more than 64MB/s that was demanded by this test run.

This puts Akumuli in the same ballpark as BTrDB. As far as I know, these are the only two open source time-series databases that can write data in parallel. All other solutions still struggle with single writer solutions.